Let’s Talk About The Mentality 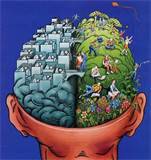 “… I started thinkin’, how many souls Hip Hop has affected? How many dead folks this art resurrected? How many nations this culture connected? Who am I to judge one’s perspective? ” – Common feat. Bilal – The 6th Sense

I thought I’d start this off by quoting from on e my favourite hip-hop songs of all time. I’m sure we all know that song, but I want you to go back to it and listen carefully to Common’s rap there – in fact, I’ll give you the links for both the lyrics and to listen to the song.

Now, I’ve got a question for you…and I also want you to ask yourself and those around you this very same question:

What is YOUR role in the culture?

Just take a minute, think about this…. What is “having a role in the culture”?

I often meet people who believe that “loving” Hip Hop or being Hip Hop means that one has to rap, break, deejay, tag, make beats or any of the physical elements and extended elements associated with Hip Hop. What many don’t get is that Hiphop is a mentality, a state of being and also a train of thought AND, Hip Hop is our KULTURE. This implies that one doesn’t actually have to partake in the “physical elements” (lack of a better word) to BE Hip Hop or to LIVE Hip Hop. 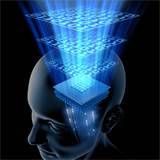 I can tell you that it begins with your knowledge and perspective of yourself and of those in your cipher (those around you). That, however, I’d say beings you’re your perspective of the world, your world and our world – remember, there is the world as it is; the world as you see it and the world as we collectively see it. This allows you to acknowledge and understand the environment and/or society in which you are in and form a relationship with it, in other words, a means to relate to it and see it as your environment and society and also our environment and society. This may work the other way round, or even backwards for some people, we are a collective of individuals after. Nevertheless, the point is this: when you take ownership of something you immediately are protective over it and also want the best for it (in some cases, from it). If it can be nurtured, you want to see it blossom and prosper. Basically, you love it and respect it. Similarly, when you encounter something which belongs to someone else and that owner seems to respect, love and protect it, you’re likely to acknowledge and respect that too. Not necessarily love it, but cautious and certainly won’t want to inflict intentional harm or damage to it.

If we took a minute to look at Hip Hop like this, if we as individuals take ownership of it by saying I AM HIP HOP, we take become it, we embody it and start to live it, just as any culture should be. In order to BE Hip Hop, we have to first accept it as OUR culture, and not just YOU, but it is the Kulture of others as well and we have to respect that. It’s not about one’s music, one’s riches, one’s fashion-sense or such other, Hip Hop is not about that. Hip Hop is about the person; that individual under those clothes, the individual not their diamonds, record sales and cars. Also, its not about an individual’s ability to rap or emcee, or who the best rapper is, who signed to which record label and all that mess. Hip Hop is about the Individual and that individual’s character, train of thought, way of being and way of life.

Of course it’s not that simple though, otherwise everything happening within hip-hop (as in the industry and the music) would be justified …  everyone would just say “I’m being myself; I’m living according to the way I see fit, I don’t have to observe, acknowledge, respect or care about others and their opinions.” … OR … like our brothas and sistas in Hip Hop would say it: “I’m doin’ me, baby. I do me, bitch. I don’ give a f#@* ‘bout these n—-s, son. Nah mean?”    Right?  J (Mind you, this way of speaking is not limited to the U.S anymore, especially not in 2013 and it’s usually the guys.)

So this is why we go back to the foundational principle of Hip Hop that were laid down for us in 1973 by our father, Afrika Bambaataa and the Universal Zulu Nation…Peace! Love! Unity! and safely Having Fun!

If your way of being, way of life, train of thought, characteristics, persona, in fact your culture, which is you. If it does not promote; sustain; advocate for; defend; honour and exalt Peace, Love, Unity and safe Fun, then there’s a problem – that way of being conflicts with that of Hip Hop culture and in turn misrepresents the culture and every individual within it. Therefore, Hip Hop distances itself form that, in other words, that is NOT Hip Hop and its important we know this. As a culture we deserve our right to exist and to define ourselves. Our elders, the pioneers, the mothers and fathers of Hip Hop have done that ages ago. This is not a debate or talk on Underground vs. Commercial or Mainstream, nor is it about Old School vs. New School. This here is about TRUE SCHOOL. It’s that simple.

Here are the links I promised above for Common feat. Bilal – The 6th Sense:

Check out this song by Afrika Bambaataa and James Brown –  Unity (aka Peace, Unity, Love and having Fun):

For those who don’t know, James Brown can be credited for being responsible for the creation of Hip Hop, but that’s a conversation for another day!!